Opportunities of job automatisation in Hungary

Increased automatisation and digitalisation is regarded today as one of the most important phenomena of labour market change. Research concerning possible impacts usually start out from the presumption that for some existing tasks, human power will be replaced by machines as a result of technological development, so in those fields the demand for labour will decrease. In other fields – e.g. in the design and operation processes of new technologies – demand is expected to increase. According to estimates, the pace of automatisation will be above the European average in Central Eastern Europe, and its effects on the labour market will most probably appear in the region. HCIC IEER examined the automatability of jobs in Hungary and compared them with employment figures. The early findings of that research are presented in the following summary.

According to the results of the first research papers on the topic, automatisation primarily affects routine tasks that are made up of clearly describable and easily programmable sub-tasks. With tasks that are not repetitive, and thus can only be done by humans, robots and computers can only help in auxiliary roles. Routine tasks that are mostly manual, e.g. production, assembly of parts, conveying, sorting, etc. are the most easy to substitute, followed by more cognitive tasks like measuring, data registering, customer service etc. What is more, now even some complex tasks can be automated - made possible by the development of technologies such as machine learning and 3D printing.
However, in some fields automatisation has still not been solved, there are technical obstacles described that make it virtually impossible to automatise certain tasks. Such tasks are non-repetitive and/or abstract/complex, and they generally need skills which are non-mechanisable, such as dexterity, creative intelligence and social skills.

Employment categories in the FEOR register
As part of our research we defined the level of automatability for each job appearing in the Hungarian FEOR (Standard Classification of Occupations) register. To achieve this, we categorised the tasks listed in the FEOR job descriptions as automatable (-1) and not automatable (1). As the first step of such categorisation, we tagged automatable tasks and hindering factors with key words, and ran Zurvey, a text analysing programme, on the job descriptions to find matches for our key words. If a task contained a key word suggesting that automatisation may be hindered, we categorised it as not automatable. If there was a match for a key word describing automatability, the task was categorised as automatable. For uncategorised tasks, the keyword-based analysis was amended with manual coding. 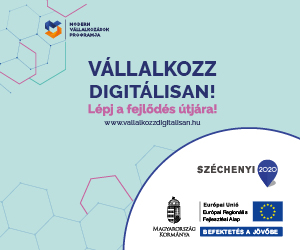